I apologize that more time has elapsed since my last post that I usually allow. It has been almost three weeks. Yikes!

But, I have good reason.

On April 3 I left for an almost two week vacation with my kids (Victoria – 25 and Michael – 29) to southern Peru. This was a vacation I had planned for over a year, a chance for me to finally visit South America, to take my children along, and more particularly to see Cusco, Sacsayhuaman, and especially the ancient Incan temple of Machu Picchu.

We first arrived in Cusco, the longest continually inhabited city in the Western Hemisphere – over 800 years. Cusco, the capital of the once sprawling Incan empire (extended along virtually the entire western coast of South America in its heyday), is today a sprawling city itself with close to 500,000 residents. At 10,800 feet elevation, I found myself huffing and puffing when climbing long sets of stairs and various hills scattered about the city – even though I am in good physical shape (for a 61-year old).

We quickly decamped to lower elevation, via a Colectivo bus, to the Sacred Valley town of Ollantaytambo, at a mere 9,100 feet elevation. The gushing rapids of the Urubamba River flows throughout the Sacred Valley. Very early the next morning we took the Peru Rail train to Aguas Calientes, at the foot of the Machu Picchu temple area.

We spent most of the day hiking up (a lot) and down over the ruins and ancient relics of Machu Picchu. We managed sun for about two hours after which the fog and then rain set in, but we made the best of it. The craftsmanship of the stone work from the mid-1400s with huge boulders carved and fitted as tight as a credit card was amazing to behold. I'm not sure we could accomplish such a feat today. The Incans were also great agrarians: they developed well over 1,000 different varieties of potatoes!

We returned to Cusco via Inca Rail train and another Colectivo bus (transport in southern Peru is quite good – though trains are pricey). We checked out all sorts of restaurants and had our share of Cusquena beer and Pisco Sours (really great), even a bit of coca tea (it does seem to give you energy for the high elevations). We also hiked up to Sacsayhuaman perhaps 1,000 feet above Cusco – another amazing archaeological site. One huge block at this site weighed an estimated 100 tons!

Next we took a 6 hour bus ride down to Puno in the Lake Titicaca area, via the Cruz del Sur bus. Cruz del Sur buses traverse quite an extensive network in South America and feature seat back entertainment (like airlines) and wide, comfortable reclining seats (not like airlines) – truly luxury on a budget. Lake Titicaca is the largest lake in South America and the highest navigable lake in the world at 12,500 feet elevation (more huffing and puffing was in order).

We finished our vacation with a couple days on Lake Titicaca visiting Uros Islands (which float entirely on reeds), Amantani Island (where we spent a night with a family) and also Taquile Island. Here, the natives speak not Spanish, but either Aymara or Quechua (the main language of the Incan empire).

We returned to Cusco via bus, then flew back home via Lima and Cancun.

I hope you enjoyed my little diversion into a travel vignette. I got to polish my Spanish (a lot) and gained a new appreciation for having a heater in my home. In the high elevation Andean plains, temperatures fall into the 30s and 40s at night, no one has heat, just heavy blankets on their beds.

A Call to Action

Here is my call to action to you.

Going on an exotic vacation may be expensive, but I'll bet it is not nearly as expensive as you might imagine. Many people spend far more on a boat that never leaves the house or a luxurious big-screen television.

Instead of watching an exotic locale on your TV, why not make plans for your next adventure. I can assure you three things:

Aren't you and those you love worth it? 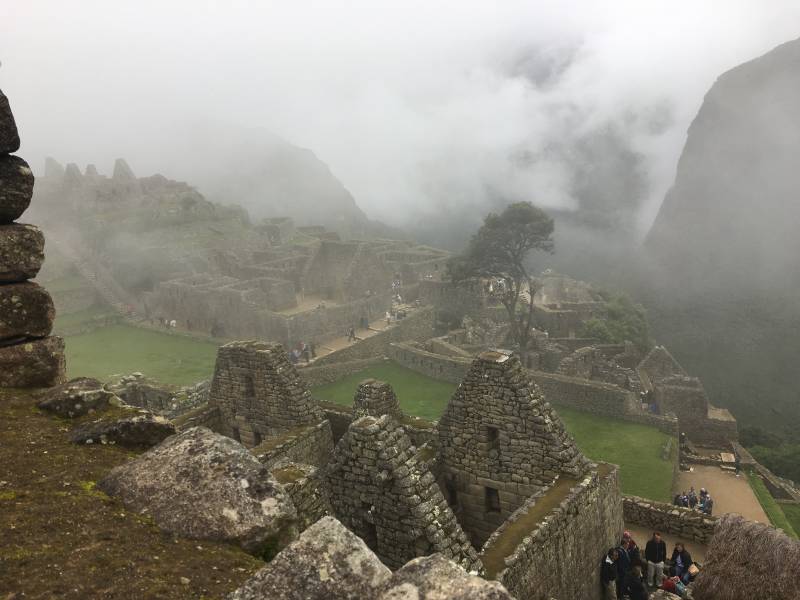